Before the VRC-40 switched to 5 detachments, they had DET ALPHA, BRAVO, and CHARLIE. And in 1990, DET DELTA was established.

The Tailhook Magazine from 1991 had a nice article about the VRC-40 DET Charlie "Who are those guys". Never have seen this article. If you have them, I'm happy to get a copy of them. 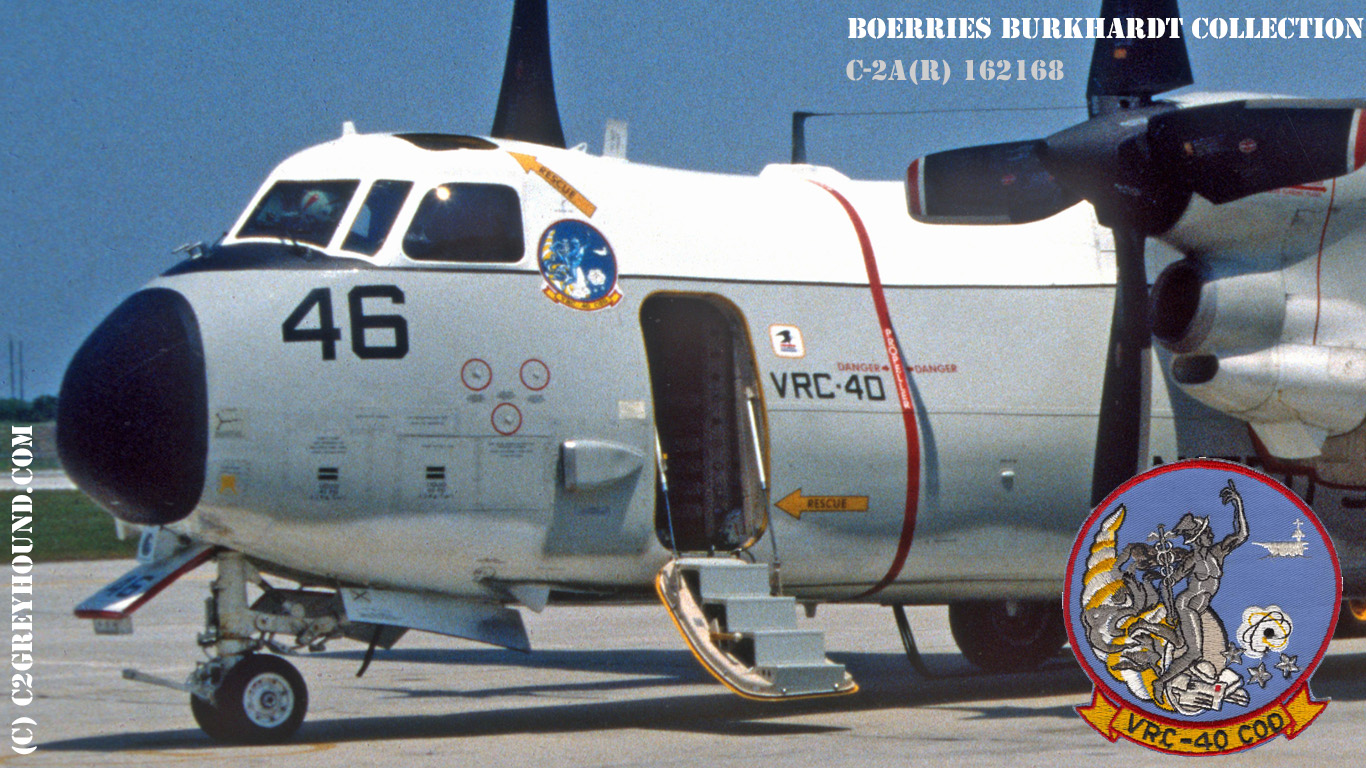 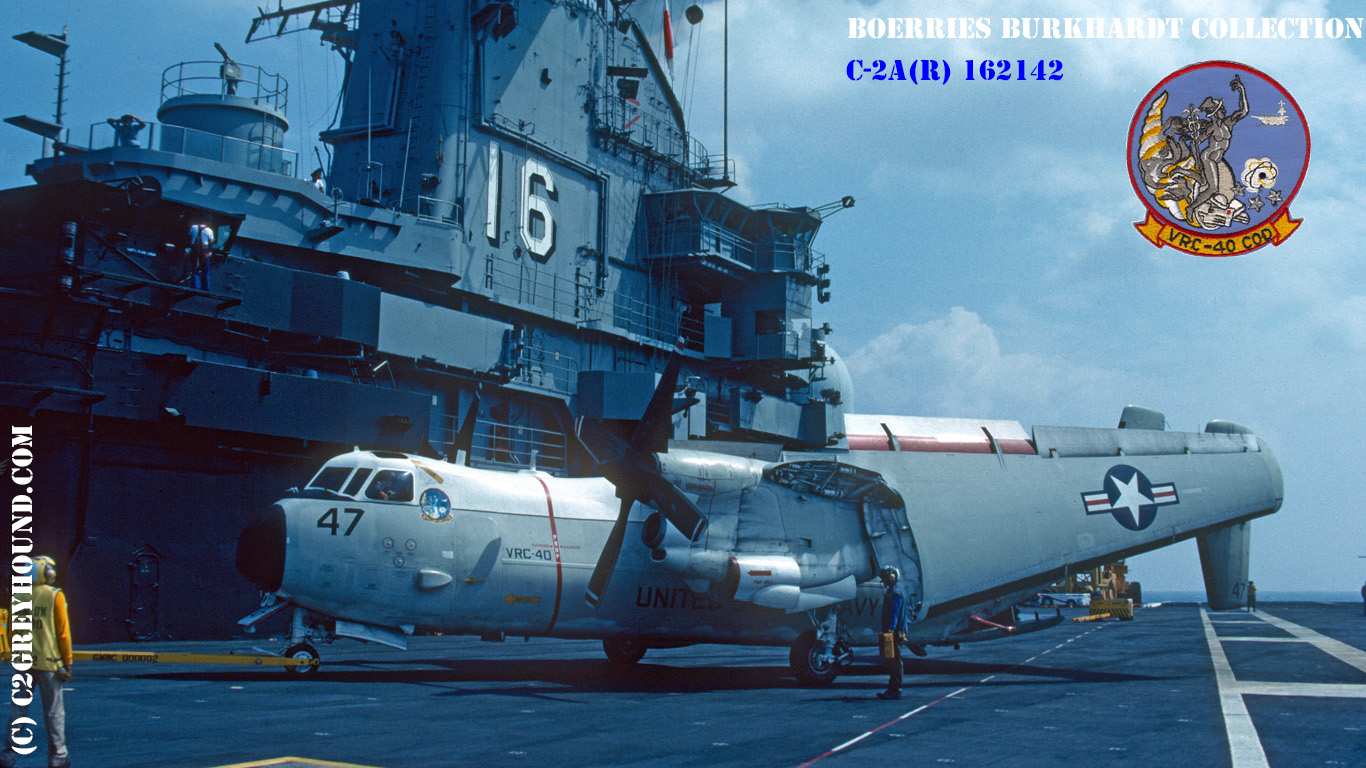 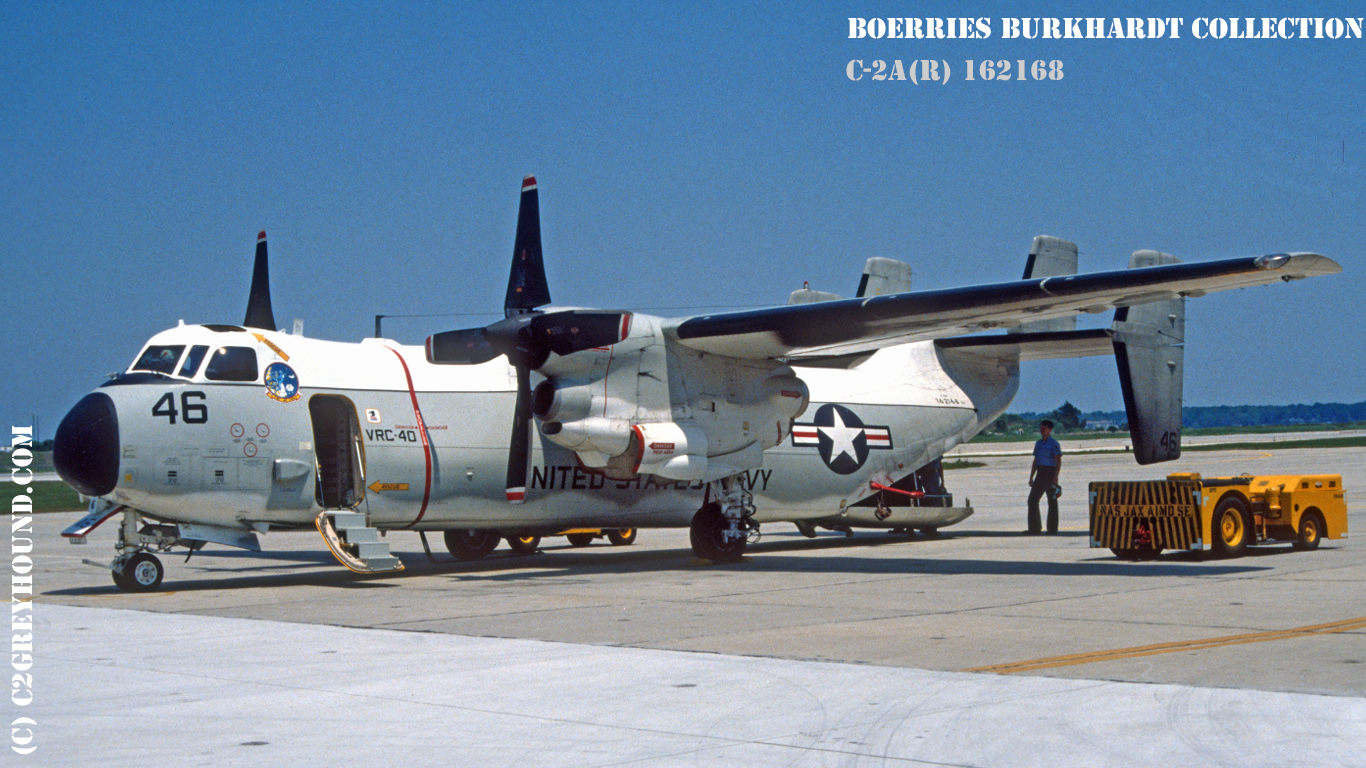 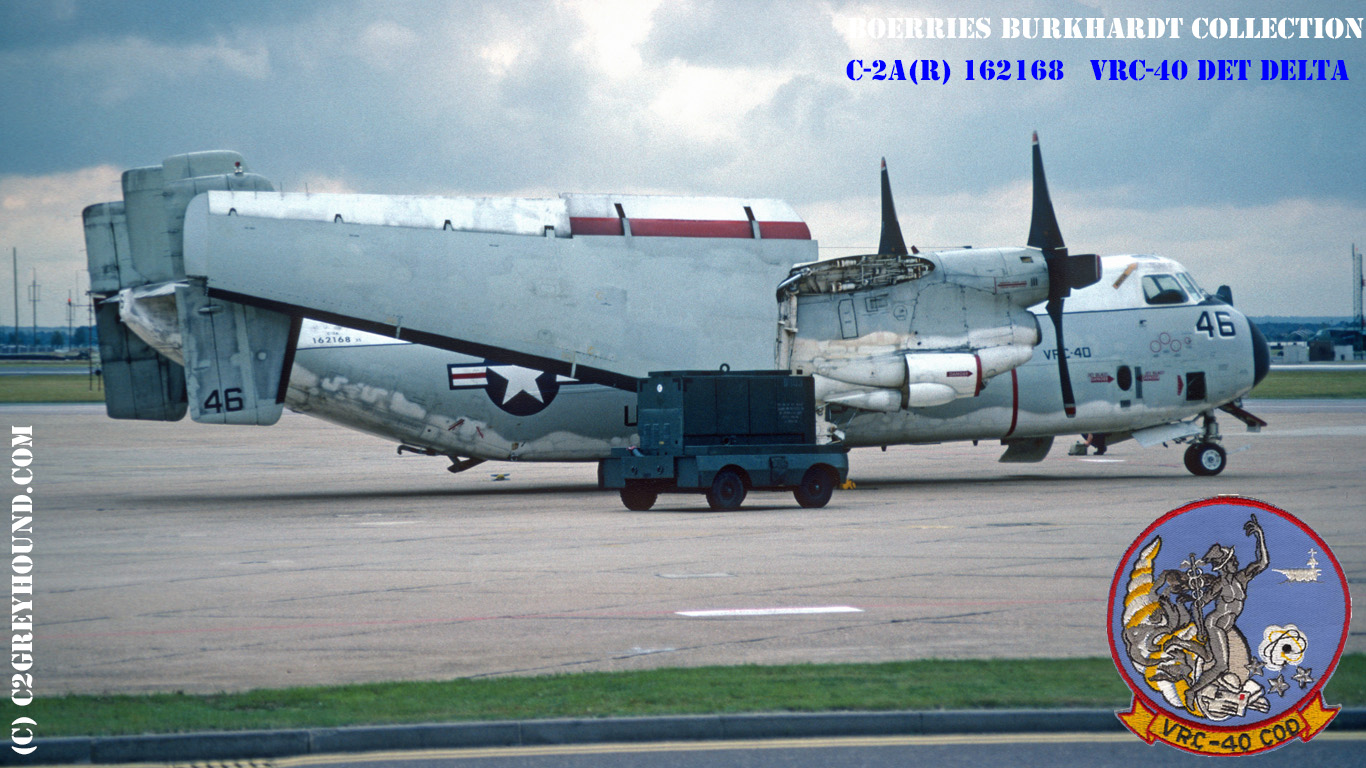 Over the year 1990, the VRC-40 were operating in numerous airfields in the US and the Caribbean and sent a division onboard the USS THEODORE ROOSEVELT (CVN-71) in support of Operation Desert Storm and Desert Shield. Therefore DET DELTA was established. CDR Stephen R. Silverio replaced CDR John D. Magnino as Commanding Officer. On January 15, 1991, the pilots of VRC-40 make an unprecedented round-robin flight between the three aircraft carriers operating in the Red Sea without making a shore stop. This time it's not a mail run. It was time to disseminate the orders for war! VRC-40 completed 132 of 132 assigned logistics missions and made arrested landings on every carrier operating in the region, delivering one-third of all COD cargo in the Arabian Gulf. This movement was not accomplished by pilots and aircrew alone. It took a great deal of time and effort on the part of VRC-40 maintenance troops to pull it off. In the four-month period, they completed an engine change, propeller pump housing change, replaced six-wing lock timer check valves, and corrected two flight control problems. Most of this was accomplished without a part's backup which had errantly been shipped from the detachment site at the midpoint of the trip.